Karan Johar (born 25 May 1972), often informally referred to as KJo, is an Indian film director, producer, screenwriter, costume designer, actor and television personality who is primarily known for his work in Hindi films. He is the son of Hiroo Johar and the acclaimed producer Yash Johar.

Johar’s next directorial project is the romantic film Ae Dil Hai Mushkil starring Aishwarya Rai Bachchan, Ranbir Kapoor, and Anushka Sharma in pivotal roles. It is currently slated to release in October 2016. In addition to his own directorial work, he has produced several films by other directors under the Dharma banner. Many of these films have become major successes including Kal Ho Naa Ho (2003), Dostana (2008), I Hate Luv Storys (2010), Agneepath (2012), Yeh Jawaani Hai Deewani (2013), 2 States (2014), and Kapoor & Sons (2016). 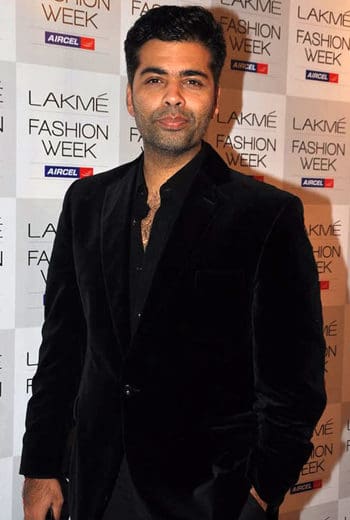