Jeet (born Jeetendra Madnani) is a Bengali film actor, producer and television presenter. from Kolkata, India. Jeet began his acting career in 2002 with the film Saathi directed by Haranath Chakraborty, where he played the lead role for which he received the BFJA – Most Promising Actor Award for his performance in Saathi (2002).

Jeet acted in an extended special performance with Abir Chatterjee and Shraddha Das in Neeraj Pandey’s debut Bengali production venture The Royal Bengal Tiger. Produced by Neeraj Pandey’s Friday Filmworks and Jeet’s Grassroot Entertainment and distributed by Viacom 18 Motion Pictures, the film turned out to be a critical and commercial success. Jeet’s performance of a suave and slightly dangerous Anjan who completely transforms the main protagonist in the film, received critical acclaim from the critics[15] He also acted in Baba Yadav’s second directional venture Game in which he played the role of an officer of DIA working in the Indian Army.

In 2014, Jeet co-starred with Aindrita Ray (in her debut Bengali film) in the film Bachchan, which released on 3 October 2014, to positive response from critics as well as from audiences. 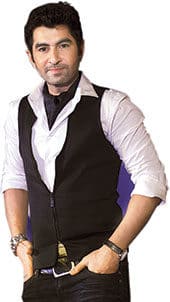