Angela Kristine “Angie” Miller (born February 17, 1994) is an American singer-songwriter. She came in third place on the twelfth season of American Idol, and has announced plans to launch music and acting careers. She has signed a publishing deal with Universal Music Publishing Group (UMPG) and is in the midst of searching for a record deal. Along with the remainder of the Top 11 from season twelve, Miller embarked on the American Idols LIVE! Tour 2013, where she desires to showcase original music, from July to August 2013. Later in the year, she will also join Jessie J at a concert of her Nice to Meet You Tour in the United Kingdom. On December 3, 2013, Miller released a Christmas single, called “This Christmas Song” and a cover of “O Holy Night.” 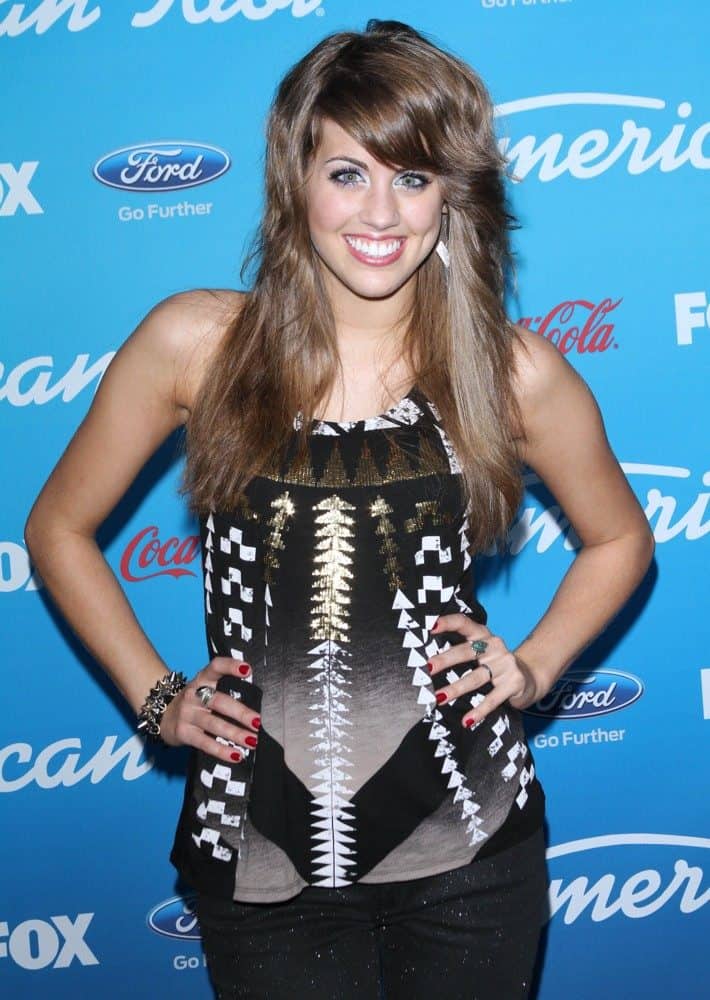 She is a brunette.