To watch you perform live.

This song by Proclaimers might talk about a lover but it conveys perfectly the lengths people take to watch artists perform in a concert.

I personally have had known people who planned a whole vacay around the live show of a favorite singer. Yes, people go cray- cray at times. But to give them the benefit of doubt there are some artists who have commanded and demanded that sort of reverence from their fan following.

Today we bring to you 5 singers who demand such loyalty from their fans. Or so I am told, I myself being a rich kangaal who has to be content with YouTube versions.

The topmost on the list of I-am-going-to-make-you-poor (considering the arm, leg, and kidney you will have to sell to buy a ticket) is Queen B. Beyoncé is hands down the best female performer of the current era. Not only does she have a voice that can make you cry rivers, but her choreography is also always on point. Case in point – remember the halftime show of Superbowl 2016? She really channeled Sasha Fierce, she onstage alters ego and smoothly transformed a stumble into a dance move – the Beyoncé Bounce. 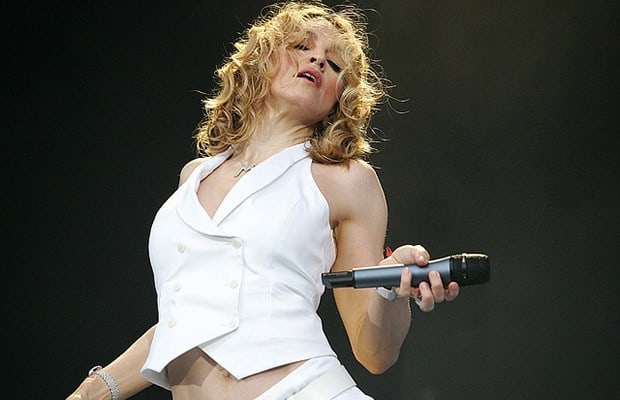 Now let’s put our hands up for The Queen of Pop. Ladies and gentlemen this woman has been in the industry since ’82 and is still giving us music for the soul. Her concerts are less a performance and more of an art exhibit. They are filled with such energy that you cannot help but be inspired. It’s Madonna! What else did you expect from her?

Next up is P!nk; and she really does get the party started. Unsatisfied with just normal dance routines P!nk goes a step ahead and does trapeze and acrobatic routines in her performances. People have a hard time singing standing straight up while P!nk does it upside down. Yes, you read that correctly. The singer has done aerial performances, and she notched up the 2010 Grammy show by singing perfectly while hanging, head first. She is a rock star with all the right moves.

“Thank you, thank you, thank you, you’re far too kind… Now can I get an encore, do you want more?” And the answer is Hells Yeah! When it comes to Linkin Park, the real essence of the band can only be caught in a live show. No matter on what volume you blare the speakers at home, it will never match the perfection of the band’s awesome concert. Fans fight over which is the best song to be heard live and no it is not just “In The End”. Many say that it’s “Breaking The Habit”, but, who the hell cares as long as in the end you get to hear them all.

“Yeezy, Yeezy, Yeezy, I feel so accomplished”. Don’t roll your eyes, he may be over the top (most of the time) but there is no denying that he tops the chart of best live performers. Kanye West is a phenomenon. He alone has the capability to flood the roads of a city with an impromptu live show. How does he do it? With a mix of lights, formidable instrumentals, colossal energy, and of course the unpredictability of it all.

P.S: C’mon’ people a tribute to the most iconic girl group is mandatory. Spice Girls Rule!