Nicholas Jerry “Nick” Jonas (born September 16, 1992) is an American singer-songwriter, musician, actor and multi-instrumentalist, best known as one of the Jonas Brothers, a pop-rock band he formed with his brothers Joe and Kevin. The Jonas Brothers originally started as an attempted solo singing career for Nick, but the record producer liked the sound when his brothers sang backup for him. Nick previously starred in the Disney Channel original series JONAS L.A. as Nick Lucas, alongside his brothers. He also starred in the Disney Channel original movie Camp Rock and Camp Rock 2: The Final Jam. He formed the band Nick Jonas & The Administration, which released its first album in 2010. However, on October 23, 2013, Joe and Nick tweeted that they were “getting, shit together” and asked fans to “bear with”. On 29 October 2013, the Jonas Brothers officially confirmed their split. 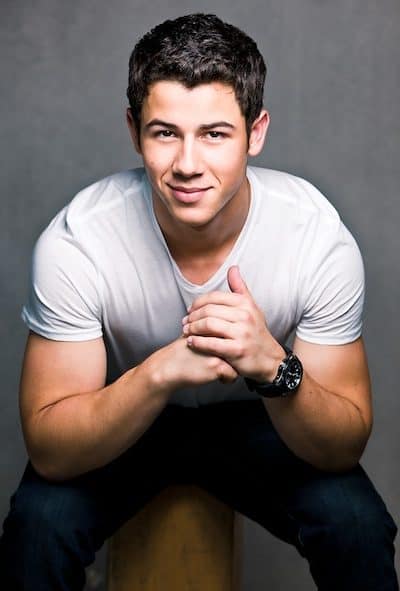 Nick was home schooled by his mother like the older brothers Nick and Joe.

Kevin Jonas Sr. (father of Jonas brothers) is the manager of Nick Jonas.

Nick has Italian ancestry (from great-grandfather’s side), and is of English, German, Irish, Cherokee, French-Canadian, and Scottish descent.