Jordin Brianna Sparks (born December 22, 1989) is an American singer-songwriter and actress. In 2007, she came to prominence after winning the sixth season of American Idol; at age 17, she became the youngest winner in the series’ history. Her self-titled debut album was released later that year; it was certified platinum by the RIAA and has sold over two million copies worldwide. The album spawned US Billboard Hot 100 top ten singles “Tattoo” and “No Air”; the latter is currently the third highest-selling single by any American Idol contestant, selling over three million digital copies in the US. The song earned Sparks her first Grammy Award nomination for Best Pop Collaboration with Vocals. Sparks will play Shasta Carvell in Left Behind, an apocalyptic thriller, based on the novel series of the same name, and is a reboot of Left Behind: The Movie, which is based on the idea of a pre-tribulation Rapture. The film is currently in post production and is set for release in early 2014. 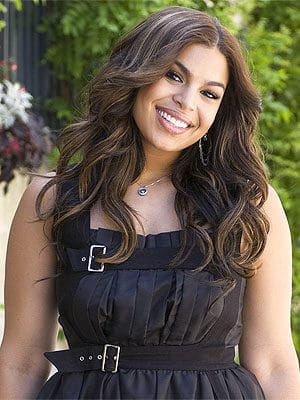 Jordin’s father is African-American while her mother is Caucasian.