Andrea Anders (born May 10, 1975) is an American actress, known for her roles as Alex Garrett on the NBC sitcom Joey, Nicole Allen on the CBS sitcom The Class, and Linda Zwordling on the ABC sitcom Better Off Ted. In 2011, Anders appeared briefly as a cheerleader in the music video “Revenge of the Nerds”, a rap song recorded by her former Better Off Ted co-star Malcolm Barrett under the stage name “Verbal”. The video features all the other main actors from the Better Off Ted series in cameos either as their TV characters or, in the case of Anders, new characters. 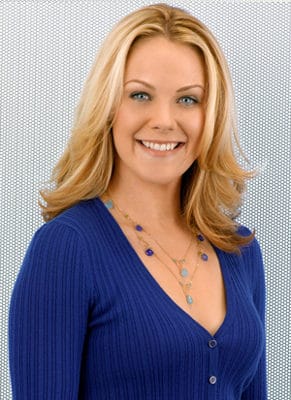