Alicia Silverstone (born October 4, 1976) is an American actress, film and television producer, author, and animal rights and environmental activist. Silverstone made her film debut in The Crush, earning the 1994 MTV Movie Award for Best Breakthrough Performance, and gained further prominence as a teen idol when she appeared in three music videos for the band Aerosmith. She starred in the 1995 sleeper hit Clueless (which earned her a multi-million-dollar deal with Columbia) and in the big-budget 1997 film Batman & Robin where she played Batgirl. She has continued to act in film, television, and theater. 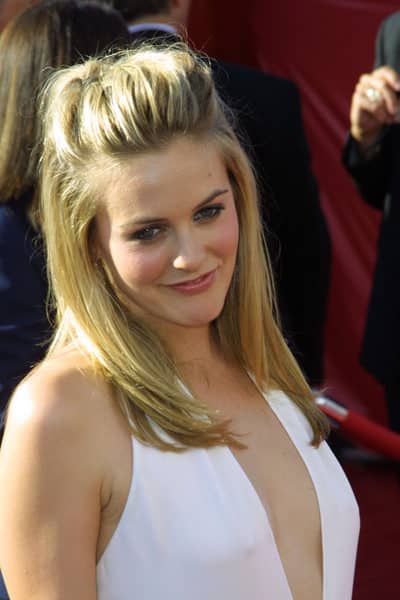 Alicia is currently 37
according to her birth date October 4, 1976