Alia Bhatt (born 15 March 1993) is a British actress who appears in Hindi films.[2] Born to the Bhatt family, she is the daughter of filmmaker Mahesh Bhatt and actress Soni Razdan. Bhatt first appeared on screen as a child artist in a minor role in the thriller Sangharsh (1999). As an adult, she made her acting debut alongside Sidharth Malhotra and Varun Dhawan in Karan Johar’s romantic drama Student of the Year (2012).

As of June 2016, Bhatt has four upcoming projects. She has completed filming for Gauri Shinde’s drama Dear Zindagi, in which she plays the lead role alongside Shah Rukh Khan. She is filming opposite Varun Dhawan for the romantic comedy Badrinath Ki Dulhania, which will serve as the second installment of a franchise that began with Humpty Sharma Ki Dulhania. In addition, she has committed to star with Ranbir Kapoor in Ayan Mukerji’s untitled fantasy film about a man with superpowers, and to Mohit Suri’s romantic drama Aashiqui 3 with Sidharth Malhotra. 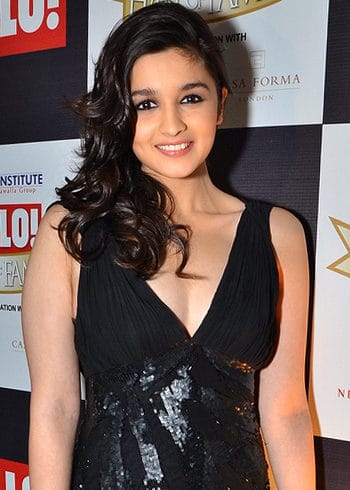