Alexis Merizalde Knapp (born July 31, 1989) is an American actress known for her appearances in the 2012 comedy films Project X and Pitch Perfect. Knapp also starred in the Tom Vaughan directed film So Undercover, as Taylor Jaffe. Alexis also has roles in TBS’ Ground Floor, portraying Tori, a sexy party obsessed girl, who catches up on her sleep at work the next morning. Knapp was also cast in the Lifetime pilot Cinnamon Girl, before it got passed on. Knapp also stars in short film drama Wracked, as Melissa. 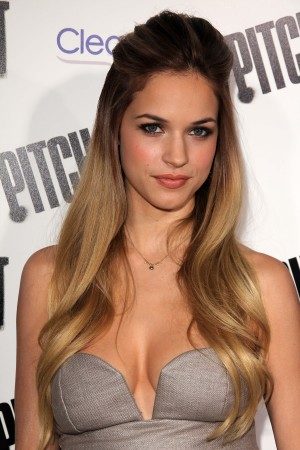